Steam Locomotive, Sherwood Forester passed along the West Cumbria coast on 29th August. 5231, as she is also known, was built by Armstrong-Whitworth in 1936 for the London, Midland & Scottish Railway.

Sherwood Forester was a member of the London Midland & Scottish Railway, Black 5 Class. A shining example of Britain's workhorse railways from the 1930s all the way to the end of steam.

The engine spent most of its early career at Patricroft shed, working mainly to North Wales and Leeds. After nationalisation in 1948, it was renumbered 45231 by British Railways.

It was sold by BR directly into preservation and was restored at Carnforth to LMS livery.

After being initially preserved at Carnforth, 5231 became associated with the preserved Great Central Railway (GCR) in Leicestershire. In 1973, it hauled the official opening train between Loughborough and Quorn. Never having carried a name in BR service, the locomotive was nonetheless named 3rd (Volunteer) Battalion The Worcestershire and Sherwood Foresters Regiment at Quorn on 9 May 1976. It was taken out of service the following year for an overhaul.

45231 emerged from an overhaul in 2005 and shortly after it was moved by road to the Mid Hants Railway. It eventually undertook a proving run on Sun 26 Jun from Alton to Fratton before entering mainline service later in the year. 45231 returned to traffic in 2013 after another major overhaul was carried out at Carnforth MPD. 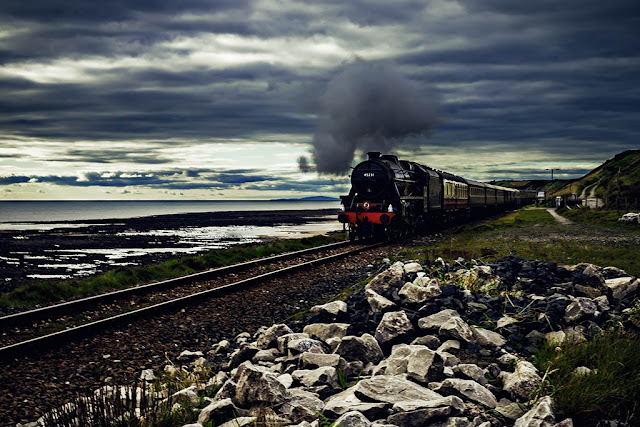