Sunday, 9 February 2020
Egremont is a small market town in West Cumbria. The town's name is  is a name derived from the latin meaning – Egre ‘river Ehen’ Mont ‘small hill’ or small hill next to the river Ehen.

The town has a ancient history and was a small village for centuries but when the Danes established themselves in the 10th century they built a fort in the 12th century. Egremont has a long industrial heritage including dyeing, weaving and iron ore mining.

The original castle was built on a mound above the River Ehen on the site of a Danish fort following the conquest of Cumberland in 1092 by William II of England. The present castle was built by William Meschin, who founded the castle between 1120 and 1135. Further additions were made in the 13th century. It eventually fell into disuse and became the ruin it is today.

The castle provided protection for the town which William also created. The long wide street provided a marketplace for traders, who were granted privileges and given security in return for payment of tolls. Some of the profits were undoubtedly used by this founding father of Egremont in the foundation of the priory of St Bega at St Bees.

In 1565, a stone bridge was built over the River Ehen to access the town. Little changed for a century, until new stone buildings appeared on the Main Street, probably built with stone from the crumbling castle. 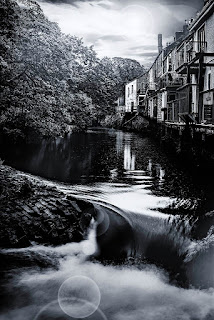