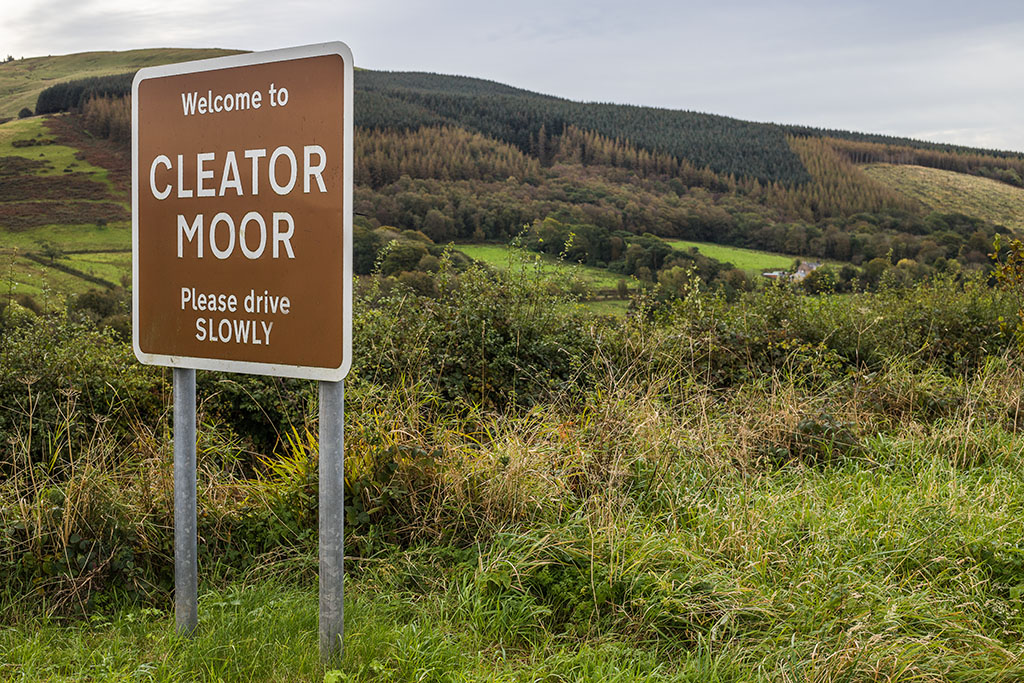 An excursion to Ennerdale Lake will occupy another long and pleasant day. There are three or four routes. We may go through Egremont, or up the hill by Loughrigg to Woodend,* pass Ehen Hall, the seat of J. Lindon, Esq., and arrive at Cleator village. The church is dedicated to St. Leonard, and is anything but beautiful. It was re-built within the last forty years. The old chancel remains There is here, a little further on, a Roman Catholic church and burial ground. The noble flax mill belongs to Thomas Ainsworth, Esq., of the Flosh. From this spot we make a detour to Cleator Moor.


*From the pool at Scalegill, commonly called Stanley Pond, water is forced up to the Croft Pit Colliery, near the seashore, a considerable height and distance. This water is required to create steam power. It is conveyed in pipes underground, and at a certain spot on the high road to Sandwith, every stroke of the pumping-engine is heard as if miners were ramming loudly under that very place, although the engine itself is out of sight, down in the valley a mile distant. This strange noise proceeding from no visible cause, alarms many who go that way at night, for few know the secret.

Proceeding onwards from Lynethwaite, we come to Scalegill,+ where we cross the turnpike road running from Whitehaven to Egremont, pass Moor Row, and come down to the river Keekle, where there is a small water-mill and a handbridge, and a colliery on the opposite bank of the stream. Colliers are a tribe of blacks, with whom we are on the most intimate terms, but the iron ore miners here make one conceive him self cast among the red Indians of North America.

Seldom, if ever, have you met with men employed in subterranean avocations, who looked so hale aud strong as these iron men. The mines here and around, have for some years been highly productive and remunerative. Vast quantities of ore are taken by rail down to the port of Whitehaven, and there shipped to various parts, especially to Wales, where it is smelted along with the native ironstone. The hematite iron manufactured here, at the great blast furnaces of Messrs. Lindow and Co., is smelted from the red ore of this district, without any admixture of ironstone.

The moor is rapidly becoming a large town; it is built with much greater regularity than the populous hamlets and villages of our old mining districts, where blocks of dingy cottages are thrown higgledy piggledy among the banks of waste and mounds of cinders. Here we have geometrical streets, correct as if the eye of Euclid himself had laid them down mathematically. All is plain, neat, and substantial cottage property. Your impression is that the inhabitants are all reduced to equality, and raised above the level of poverty. The Cleatorians disdain squalid hovels and perishable wigwams; and yet they are not people of very lofty aspirations, for their houses never exceed two stories in height. Very many of them are Irish by extraction and Roman Catholic by persuasion. A district has been taken out of the parish of Cleator, which has been formed into a separate parish and endowed by the late Marquess of Westminster, and a new church is about to be erected; meanwhile services are held in a schoolroom built by J. Sterling, Esq. The Presbyterians, Methodists, etc, have built here several chapels.


+ Scalegill Pool is formed by a great subsidence of the earth, which began on the 1st of March, 1792. In the morning this extraordinary spot was visited by numbers of people. The aperture there exhibited the appearance of a funnel. It was then enlarging, consequently no admeasurement could be made ; but the computation generally agreed to was from sixty to seventy yards diameter, and twenty yards in depth to the vortex, the diameter of which appeared to be six or seven yards. During this time large heaps of earth were falling in from the sides, and the water gushing out in amazing abundance. The water was also sometimes forced a considerable height above the vortex or gulf, the whole presenting to the eye a scene of the most awful and horrible grandeur, while the ear was filled with sounds the most alarming, often resembling distant thunder, as the delutrc poured into the subterraneous workings of the Scalegill Colliery, which it is said is now rendered useless. The colliery was drowned. - Gentleman's Magazine.

Bigrigg Moor and Parkside are similar places, sprung up like mushrooms, at a little distance. There is a small railway station here near the Furnaces. There are no traces of the old Roman road which once ran across the Moor. As we proceed towards Ennerdale, through the hamlet of Wath, we soon cross the Ehen, which to our right makes a fine sketch. Indeed the road becomes delightful, if the day is fair. We pass a remarkable conical hill, called Kinniside Cop, near Hazel Holme, the seat of J. L. Burns, Esq., J.P. To the north lies Frizington Park, in the Parish of Arlecdon, anciently called Arlochden and Arlechdon, and the extra-parochial places or townships of Salter and Eskett. At length we reach Ennerdale Bridge, a chapelry of St. Bees. The chapel is a neat little modern structure, and the whole village consists of a wayside inn, a rustic shop, and half-a-dozen private houses, down in a woody nook. We may bait at this quiet little spot, but most excursionists will proceed at once to the Angler's Inn at the Lake.

Now for the etymology of this Ennerdale. In some old writings it is found just Innerdale or Inerdale and there was an ancient British prince of these parts, one of the first christians in. the north called Iner, Ener, or Yayr, or Enyr ; but whether he took his cognomen from the water, or the water its designation from him, we cannot say. Some derive the name from the Irish " eaneth," Lough- Eaneth, the lake of fowl.^


^ I well remember the lesser black-headed gull breeding in considerable numbers on the small island near the middle of the lake—the nests being so near together on the higher part as to require some care to avoid treading on the eggs. These might have remained an interesting addition to the fauna of the lake, if a little care had been used to prevent them being wantonly disturbed in the breeding season, and so banished. Near the head of the lake, on both sides, are mounds of iron scoria, of date and history entirely unknown. - Wm Dickinson.

There is little reason to suppose that it is so called because the valley at the head of which it stands is an inner dale, i. e., more inland than that of St. Bees. On the road again we catch a sight of the water, across Broad Moor, a swampy plain about a mile long, having Ennerdale Mill standing at that corner of the bog which lies to our right. We soon descend with admiring eyes to the brink of the water, which on a sunny day is magnificent.

We are delighted with the pebbly shore and expansive beach, on which stands the boat house, or Angler's Inn, with a fleet of boats moored under its windows and garden. The lake here is shallow for a considerable way in, just deep enough to be navigated with oar boats. We regretted the absence of sailing yachts, and were told the water was often swept by such sudden and violent gusts of wind that it would not be wise to carry sail. The surrounding scenery is very bold and majestic, presenting a group of lofty mountains, rising out of the crystal basin before us; whilst the margin of the water immediately opposite has sufficient verdure to give the picture an ornamental finish. The artist need draw nothing upon his imagination. The wooded promontory stretching out into the lake particularly attracts admiration. Tourists are often told much that is to be classed among popular errors.

Before us we see lines of walls, springing as it were out of the water, and running up to the very summits of those high mountains on both sides. That up the Grike (British graig) on our right is very remarkable. Doubtless they are boundaries. One of the boatmen of the inn assured us that the same line of wall might be traced across the bottom of the lake when the water was still and clear, it being more ancient than the lake. Of course we were not in a position to contradict. It was a serene summer evening. The lake was like a sea of glass, in which the mountains appeared reflected as in a mirror, and the whole scene was exquisitely touched up by the soft and glorious rays of the setting sun. We shall never forget it. A moonlight view we were told was still more enchanting. But when strong westerly winds blow, it is like a stormy sea. Or, owing to the screen of the mountains, it may be like a tempest at one end, and a dead calm at the other end of the water.

This lake is about two and a half miles long and three quarters of a mile wide. Its extreme depth is about 80 feet, and its surface 246 feet above the level of the sea. The inhabitants of Whitehaven are allowed by Acts of Parliament to draw 1,000,000 gallons of water per day from this lake. It is subject to great and sudden risings during heavy rains and thunderstorms. Its feeder is the river Liza, and the quantity of rain and snow water poured down the steep mountain torrents is enormous. Trout abound in this lake, and an inferior kind of char. The water is of the softest and purest quality. The south-eastern slope, called the Park, was formerly stocked with deer. Near the Angler's Inn is How Hall or Castle How, now only a farm house but formerly the seat of an ancient family called Patrickson, The surrounding heights are the Grike, Pillar, Gable, High Stile, and Red Pike. Those who ascend Red Pike are rewarded with a view of five different lakes, Buttermere, Crummock Water, Lowes Water, Derwent Water, and Ennerdale Water.

Some proceed along the northern margin of the lake, up the deep romantic glen of the Liza, over a high pass, towards Wasdale Head ; but it is an undertaking which a stranger should decidedly decline, unless he has a trusty guide, and it is the middle of summer, when there is no snow or mist on those heights.
Top Photo: Cleator Moor Iron Ore Mine 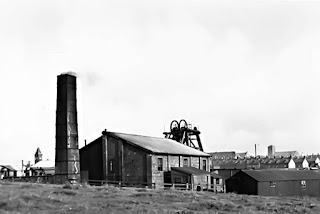 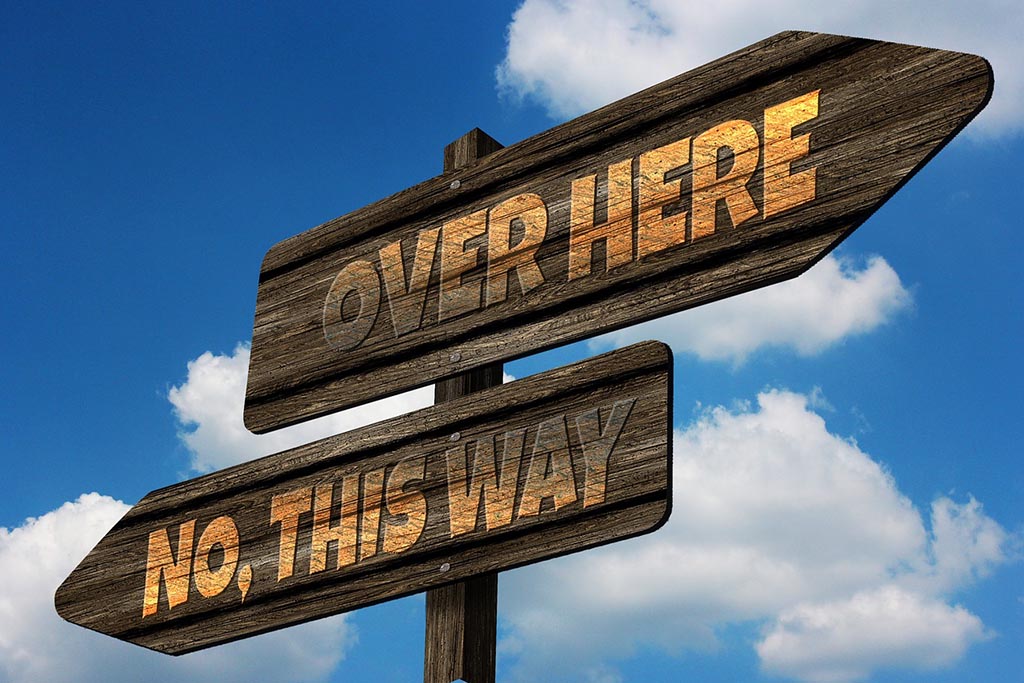