Friday, 5 February 2021
A Carlisle man has been sentenced to four years for drug supply offences. Daniel Wallace, aged 32 of Pennine Way, Carlisle was sentenced at Carlisle Crown Court today (Feb 5) for six counts of possession with intent to supply class A and B drugs as well as a further charge of producing a class B drug.
The breakdown of his sentence is as follows (to run concurrently):
- Two years custodial sentence for Possession with Intent to Supply Class A (1st count).
- Three years custodial sentence for Possession with Intent to Supply Class A (2nd count).
- Four years custodial sentence for Possession with Intent to Supply Class A (3rd count).
- Six months custodial sentence for Production of Cannabis.
- Six months custodial sentence for Possession with Intent to Supply Class B (1st count).
- Nine months custodial sentence for Possession with Intent to Supply Class B (2nd count).
- One year custodial sentence for Possession with Intent to Supply Class B (3rd count).
- One year custodial sentence for an unrelated incident of Breach of Restraining Orders.
Also sentenced as part of the investigation was Liam Carthy, aged 31 of Cumrew Close, Carlisle. Carthy also appeared at Carlisle Crown Court today for being concerned in the supply of cocaine and being concerned in the supply of Class B drug – Cannabis.
Carthy received a 15 months sentence, suspended for two years. He was also sentenced to unpaid work and will have tagged curfew of 8am -9pm for six months.
On 10th October 2018 officers attended Wallace’s address for an unrelated matter, following a search of the property officers located a cannabis grow, cash and large amounts of pills.
A rucksack was found by officers in the living room which Wallace claimed to belong to him, inside was a large amount of cannabis and multiple small plastic bags.
Wallace was subsequently arrested by officers.
Following further searches of the property officers found one of the bedrooms was locked. Wallace allowed officers to enter the room where further bagged cannabis in large amounts, a calendar with notes on stages of growth, wraps of white power and £1,400 in cash was located.
A further grow was located in a shed at the property along with related growing paraphernalia.
Officer seized items which following forensic examination were confirmed as cannabis and MDMA.
On Sunday 27th January 2019 whilst on bail for the initial offence, officers stopped Wallace on London Road, Carlisle. Officer searched the vehicle and found Cannabis, a wrap of white powder, a cannabis grinder and other items linked to the use of Cannabis.
Following the stop officers conducted a search at Wallace’s home.
Carthy was found in the living room of the address and arrested. Officer seized his mobile, investigations found messages offering to supply drugs as well as messages from drug users requesting drugs.
In the living room officers located a string bag containing nine large bags of cannabis, plastic bags and scales. White powder and pills were also located.
The drugs located in the vehicle and second property search were examined as Cannabis and Cocaine.
On the 8th April Wallace’s vehicle was seen failing to stop at stop sign at Newbiggin Road, Carlisle, clear attempts were made to avoid the police, but the vehicle was stopped on Cumwhinton Road, Carlisle.
Officers searched the vehicle and located a large bag of Cannabis, Wallace was further arrested for possession with intent to supply.
A search at his home was conducted and officers found further Cannabis, white powder and scales as well as other items linked to the supply of drugs.
Again, Forensic examination confirmed the items to be cannabis and cocaine.
Messages found on Wallace’s phone as part of this investigation both sent and received where offers to supply drugs.
A combined value of all drugs located as part of this investigation totalled £15,562.50.
Detective Constable Matthew Rees said “Wallace continued to produce and supply drugs following his initial arrest.
“This sentence reflects the serious approach Cumbria Constabulary are taking to combat those that are involved in drugs supply within the area.
“We will continue to target such criminals in order to minimise the knock-on effect that drug supply has on our communities.”
Anyone with information on the supply of illegal drugs is asked to contact police on 101. Alternatively you can contact Crimestoppers, anonymously, on 0800 555 111. 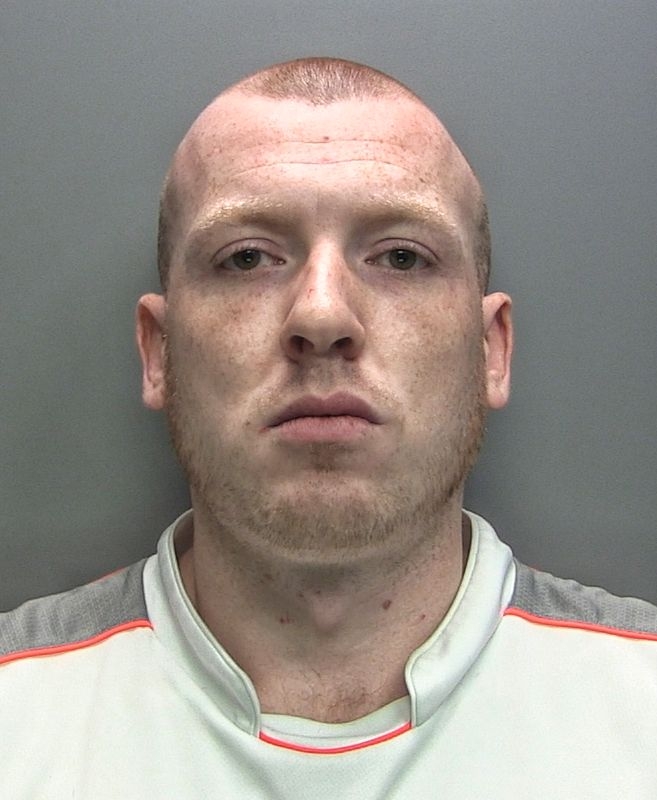