Calls for Cumbrians to support their older neighbours this winter

Saturday, 14 November 2020
Generous Cumbrians are being asked to help local vulnerable older people keep warm this winter. Most winters, 300 Cumbrians die because of problems associated with not being able to heat their homes or eat properly. In worse winters, the figure has risen to 500.
The Winter Warmth Appeal, run by Cumbria Community Foundation, makes sure that vulnerable people who may have to choose between heating and eating, can stay warm and well through the cold weather.
Last year, 1,166 Cumbrians were helped to keep warm, after Cumbrians donated over £200,000 to the appeal.
And this year, any donations made between Monday 16th November and midday Monday 14th December will be doubled with match funding to double the impact
66 year old Jean from South Lakeland says a winter warmth grant improved her life and health.
“I couldn’t believe it when I received the money last year,” says Jean. “It was absolutely wonderful, it helped me such a lot. It was such a relief.”
Jean had to leave her job at Asda because of ill-health but wasn’t able to draw her pension for seven months.
“I was really struggling. Money just stopped coming in and I didn’t know which way to turn,” says Jean.
“I was using very, very little heating because I was worried about the money. It was getting seriously cold in the flat.
“I used to go to bed at about 7.30pm and put the electric blanket on for one hour and then turn it off and just stay in bed until the morning, because it was too cold to sit up.
“I have Reynard’s disease which is bad circulation, and my legs could be so painful with the cold they would go purple. I used to dread it if there was going to be ice or snow because it would be so cold.
“I was just worried to death about the money a lot of the time.”
Jean found out that she could apply to the Winter Warmth Fund, from Age UK, which works in partnership with Cumbria Community Foundation making sure the money reaches those in need.
She received £150 and says it allowed her to put two heaters on in her flat.
“It meant I was comfortable, and honestly it was amazing. I even stayed up and watched TV,” said Jean.
“I would like to say a massive thank you to the people who donated to the Winter Warmth Appeal. It made a huge difference to me.”
David, 71 is from Workington and has a heart condition. He also received a Winter Warmth grant and said: “The money was very welcome. Without it, I can either eat or put the gas on. My pension is very low. It went up £2.50 last year, but the rent and council tax went up by more. It gave me the confidence to put the heating on. Because when you are on low income you haven’t got much spare cash.”
Mr and Mrs Carter, from Barrow are both in their 70’s. Mrs Carter said: “My husband has vascular problems and is always cold so we have the heating on from the moment he gets up to the time he goes to bed. He has been waiting two and a half years for an operation and it has been cancelled because of the pandemic. If we didn’t receive the grant, we would have to limit the heating to try and save some money. It has made a lot of difference.”
Penrith resident, Frank is 75 and is grateful for the grant over winter: “It has made all the difference in the world. It means I can keep warm and have a decent Christmas dinner. My friend who is in a wheelchair told me about the fund when we were talking about how we would get by.”
One in eight households in Cumbria are said to be living in fuel poverty, it is one of the hidden issues in this rural county which greatly affects the health and wellbeing of those who cannot heat their homes.
Andy Beeforth, Chief Executive at Cumbria Community Foundation, said: “This money is crucial to help older people stay well and safe during the cold weather, and in some cases, it saves lives.
“More than 32,000 older Cumbrians live alone, many in poorly insulated buildings. Problems with isolation and health are made worse if people can’t afford to stay warm in their homes.
“We know how generous Cumbrians are – the Winter Warmth Appeal has raised £1m over the last 10 years.
“We are asking Cumbrians to help again so that we can keep vulnerable people in our county safe this winter. Anyone who donates during our match funding month will have the amount automatically doubled.”
WCF Ltd, the John Laing Charitable Trust, the Roselands Trust, the Johnson Fund, Brian and Ann Clark Fund and the Hadfield Trust have pledged £50,000 which will be used to match donations from the public.
How to help
You can donate online.
Or, send a cheque payable to ‘Cumbria Community Foundation’ (write Winter Warmth on the back) and post to Cumbria Community Foundation, Dovenby Hall, Dovenby, Cockermouth, Cumbria, CA13 0PN. 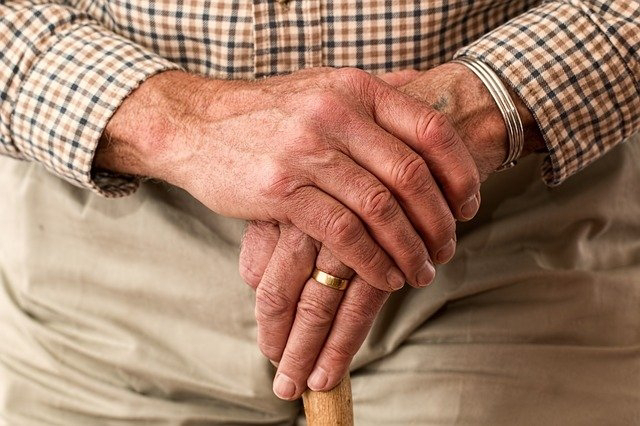