Tuesday, 19 May 2020
Pupils from Valley Primary School have submitted ambitious plans to install an outdoor community gym and teen-shelter in the area.

The bid is currently being considered by Well Whitehaven, an initiative designed to improve the lives of those living in the Mirehouse and Corkickle communities.

The plans have been months in the making, with Well Whitehaven representatives working closely with the school to consult the local community, liaise with suppliers, speak to land owners and create bids needed to fund part of the project.

The pupils have already presented their idea to a panel of Copeland Borough Councillors and Cumbria County Councillors who have shown their initial support and commended the pupils for their efforts so far.

The pupils are also being encouraged to keep up their involvement with the project at home, by demonstrating what the new facilities would mean to them in an online competition. They are asked to create a poem, poster, presentation, picture or video message and share with their school and Well Whitehaven representatives.

The competition will be judged by Mike Starkie, Elected Mayor of Copeland, with the winner receiving high street vouchers donated by Morgan Sindall Infrastructure Ltd, partner in the Well Whitehaven initiative and the project.

Other potential funders are being encouraged to come forward to support the project.

Mike Starkie, Mayor of Copeland, said: “This is an exciting project for the Mirehouse community.

“Although outdoor gyms are closed currently, the importance of regular exercise and keeping our bodies fit and healthy has never been more prevalent.

“This is a fantastic idea thought up by residents in the community, for the community. The very people who understand what their area needs.

“I very much look forward to seeing the competition entries from the pupils, I’m sure there’ll be a further example of creativity and ingenuity of all involved.” 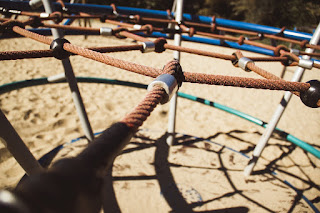