Thursday, 14 May 2020
Cumbria Fire and Rescue Service were called out this afternoon to a large vehicle fire. Two tenders were in attendance, from Whitehaven and Frizington. Upon arrival, crews discovered a Copeland Recycling Vehicle with smoke bellowing from the underside.
A spokesperson from CFRS said:
"Upon arrival, we found smoke coming from the offside front, below a recycling hatch. On inspection a build up of waste on the exhaust catalytic converter was found to be smouldering.
"The heat shield was removed, and debris was washed out using a HRJ." 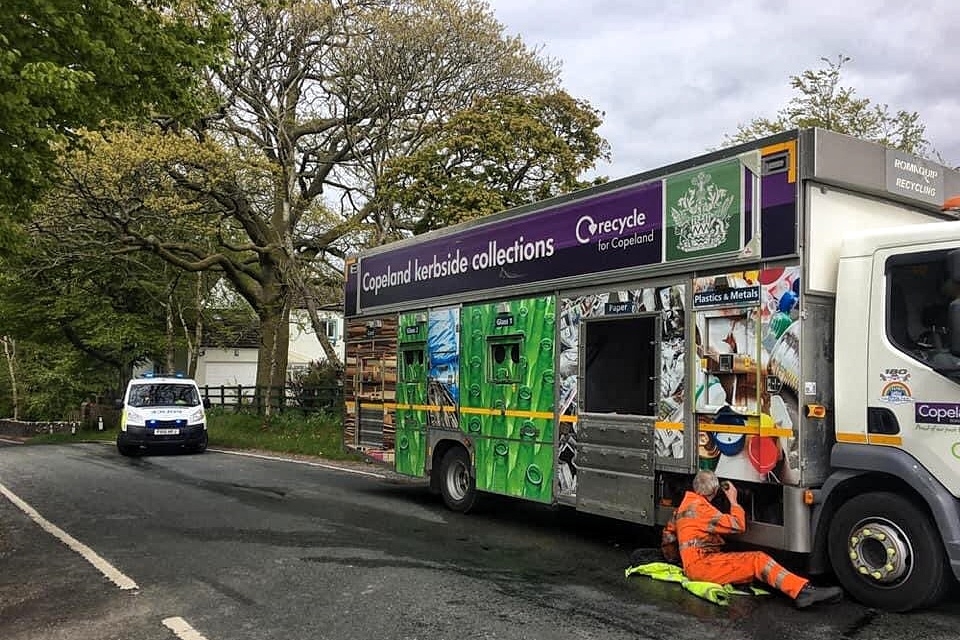