Gang of thieves jailed for 29 years

Sean Duffy Saturday, 22 February 2020
A gang of thieves which caused misery across rural communities has been jailed for a total of 29 years.

Six members of an organised crime group, which operated mainly in north Lancashire and south Cumbria, appeared at Preston Crown Court (February 20th and 21st) to be sentenced for the parts they each played in a series of thefts carried out between April and September 2018.

During the crime spree members of the gang broke into domestic properties and businesses, stealing thousands of pounds worth of property. They also stole vehicles and targeted four ATM machines.

The gang also caused thousands of pounds worth of damage to property.

In total the value of property stolen and the amount of damage caused totalled hundreds of thousands of pounds.

All six men initially denied their involvement, but eventually pleaded guilty at court.

Today they were sentenced to the following:

Michael James Campbell, 28, of no fixed address, was sentenced to 2 years 5 months for two counts of conspiracy to burgle dwelling properties

Connor Palmer, 22, of Burnhope Close, Crook (Co Durham), was sentenced to 3 years 7 months for conspiracy to burgle a non-dwelling, six counts of conspiracy to steal

Andrew Maddox, 40, of Lincoln Drive, Willington (Co Durham), was sentenced to 5 years for conspiracy to burgle a dwelling, six counts of conspiracy to steal

Jordan Fannan, 28, of Oxcliffe Road, Morecambe, was sentenced to 2 years 8 months for two counts of conspiracy to burgle a non-dwelling
The group targeted rural businesses and properties, stealing cars, tools, a caravan, jewellery and money, among other things. They also made off with £115,490 after stealing an ATM machine from a supermarket in Durham and broke just under £6,000 out of a cash machine in Carnforth, though were interrupted by police and ended up fleeing the scene, leaving the cash in a pile of rubble in the road. The ATM attack in Carnforth caused around £170,000 worth of damage.

In May, last year, officers from Lancashire led an operation – codenamed Operation Irwell – in Durham to arrest several members of the gang. During the raids, Brian and Ronald Thexton fled from police and were wanted until July when they were arrested at a campsite in the Gisburn area of Lancashire.

Ch Insp Rebecca Smith, from Lancashire Police, said: “This was a challenging enquiry into an organised crime group who were responsible for a high number of ATM attacks and commercial and residential burglaries which took place in three counties across the north of England. The victims of these thefts ranged from large national companies to individual people who were targeted at home.

“The gang predominantly struck in isolated areas, stealing high-value items, many of which their victims depended on for their livelihoods. They gave no thought whatsoever to the effect they were having, both financially and emotionally, on those they stole from.

“I am pleased that the Thexton brothers were apprehended after going on the run and that they, and their accomplices, are now facing a significant amount of time behind bars.

“I hope these sentences send a message that at Lancashire Police we place huge importance on tackling serious organised crime. This type of activity has a significant negative impact on communities and while those responsible benefit significantly from their crimes, their victims suffer serious and far-reaching consequences. We are committed to protecting our communities by disrupting and preventing it.

“We will leave no stone unturned in tracking down those responsible and bringing them to justice. Those who think they can come to Lancashire and commit crimes such as these will not be made welcome.”

Some of the items stolen by the gang have been recovered. We will now look at pursuing the gang under the Proceeds of Crime Act. 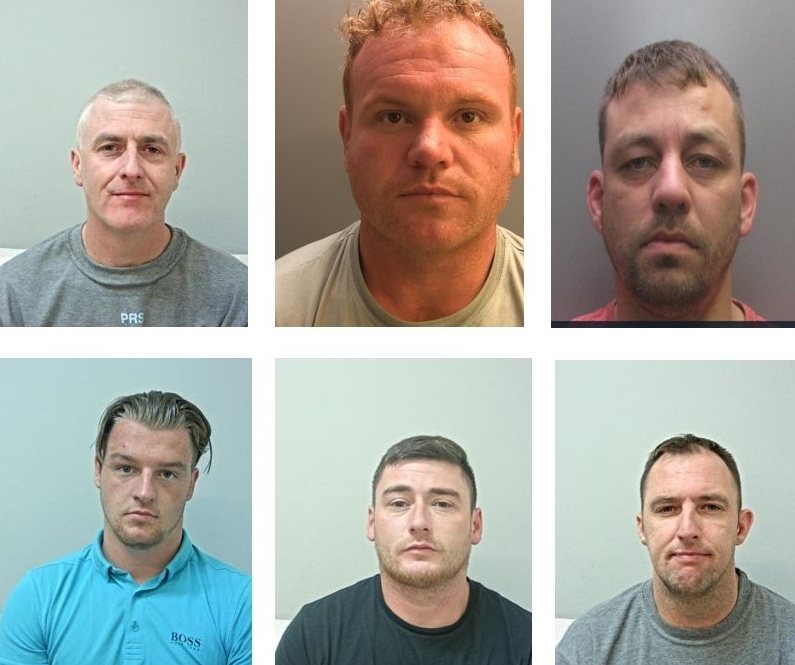 Maddox, pursued by Cumbria Police following a decamp on the A590: