Sean Duffy Friday, 10 January 2020
Almost half of children in Cumbria now take part in an average of 60 minutes of physical activity a day and meet the new recommendations.


This finding comes from Sport England’s ‘Active Lives Survey for Children and Young People’ report into the activity levels of the nation’s children. This is the second survey of activity levels for children aged 5-16 years and covers the period September 2018 - July 2019.

Only just over a third (37.3%) of Secondary aged young people get 30 minutes of their daily physical activity through the school day.  The figure is 6.7% below that of the national figure at 44.0%.

As part of the 2016-21 strategy Towards an Active Nation, Sport England is already investing £194m in children and young people throughout England, within its remit of responsibility for sport and physical activity outside of school from the age of 5.

At a national level a few activities such as active play and informal activity, swimming and team sports have seen an increase in the proportion of children taking part.

The inequalities that were surfaced by the first report last year remain, with children from the most affluent families more active (54%) compared to the least affluent families (42%) while boys are more active than girls at every age from five up.  This difference can be seen within the districts also with Eden and South Lakeland maintaining figures above national average in many aspects of the report.

The survey also shows that active children are happier, more resilient and more trusting of others and it has also shown a positive association between being active and higher levels of mental wellbeing, individual development and community development.

Active Lives Survey for Children and Young People provides the most comprehensive overview of the sport and physical activity habits of children in England. It looks at the number of children
taking part in a wide range of sport and physical activities (ranging from dance and scooting to active play and team sports) at moderate intensity, both at school and out of school. The report is based on responses from over 130,000 children aged 5-16 in England during the academic year 2018/2019, making it the largest study of its kind.

Ipsos MORI who conducts the survey randomly select 30 primary and secondary schools in Cumbria every term to take part in the Active Lives Survey for Children and Young People.  Active Cumbria, the County’s Active Partnership based within Cumbria County Council’s Public Health Service provide logistical support on behalf of Sport England in the administration of the survey.

“As being a new survey with a relatively small sample size, it’s too early to see any trends in the data, but the results do give us a good benchmark for where things are and an early indication of where support is required. The current activity levels in secondary schools is worrying and with this evidence we can influence and advocate for a shift in approach.

“Activity levels in Eden and South Lakeland are by far proportionally higher than in Allerdale, Barrow, Carlisle and Copeland. This follows the national picture in that those communities with higher levels of deprivation will see young people from low affluence families being least likely to be active.

“Active Cumbria will continue to work with schools to improve these activity levels and in collaboration with a wide range of partners will continue to advocate for system change and help communities to be more active, improving lives right across our county. This whole system approach is required to help more people find the health and wellbeing benefits that physical activity brings.” 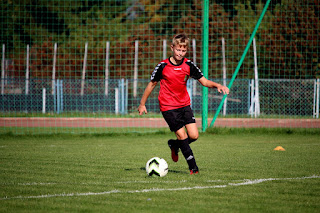 
Other interesting points to note are:


ATTITUDES TO SPORT AND ACTIVITY

“The picture from the Active Lives Survey for Children & Young People is really mixed for Cumbria with some progress but some worrying decline. What we’re certain of is that there is more to do both in and out of school at both primary and secondary age level. I’m also very encouraged at the high take up by schools in Cumbria to take part in the survey (which is voluntary) and the numbers of schools becoming involved in various initiatives that Active Cumbria run”.